Home / News / Air Pollution in your City – You Might as well be Smoking!

Air Pollution in your City - You Might as well be Smoking! 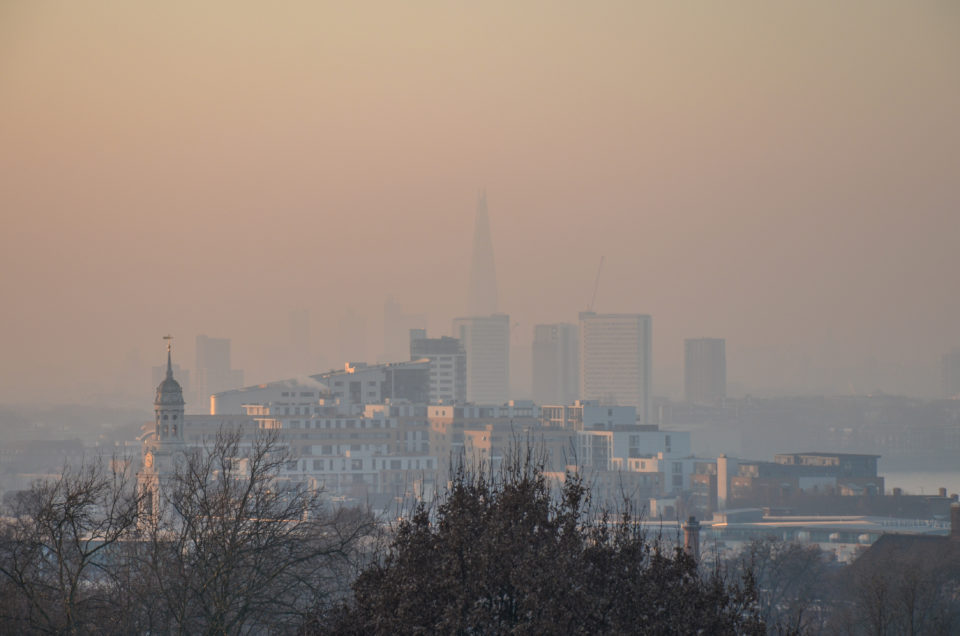 A shocking recent World Health Organisation report has brought to light the fact that over 40 UK towns and cities are victim to air pollution levels which exceed the limits set by the WHO.

According to WHO, air pollution has a grave impact on public health. The fine-particle air pollution penetrates deep into the cardiovascular system and lungs, increasing the risk of heart ailments, strokes, respiratory infections and lung cancer.

UK cities which recorded extremely high levels of pollution include London, Swansea and Manchester amongst others which also exceed the WHO limits.

For many health-conscious individuals, it is a surprise, and a concern to learn the health impact of walking and driving through the streets amid such pollution levels can actually be as detrimental to our health as smoking. Breathing the toxic air is like to passive smoking.

How does air pollution in your city compare to smoking?

A new free app available from the Apple iStore or Android Playstore has been recently developed allowing you to find out exactly that… and the results are startling!

Developed by Amaury Martiny and Marcelo Coelho, the App named “Sh**t I Smoke!” was inspired by a study that examined air pollution and its effects and compared it to the effects of smoking.

The Study employs PM2.5 – air pollutant in the form of a fine particulate matter – as a measuring criterion. This air pollutant becomes a cancerous substance after combustion. Buses, cars and trucks, and  other combustion vehicles release PM2.5 into the atmosphere.

Tobacco smoke and indoor activities such as frying, burning oil lamps and candles are all also sources of PM2.5.

A cigarette a day roughly equals to consuming 22 μg/m3 of PM2.5. The App uses this mathematical fact to calculate the cigarette equivalent of pollution levels in different cities.

Receiving live data from global air pollution stations, the app converts the PM2.5 level and compares this to the equivalent number of cigarettes smoked per day.

At Carryway we have comprised the data from the app for some of the UK’s largest towns and cities for you to view. Click your city on the interactive map to see if you need to be concerned.

Click your city to compare pollution to cigarettes smoked per day.

Wow – air pollution is equivalent to 1.9 cigarettes per day in London (Sept 18)

Great – Air pollution in Bristol is equivalent to 0 cigarettes per day.

Great – Air pollution in Brighton is equivalent to just 0.5 cigarettes per day.

Great – Air pollution in Oxford is equivalent to just 0.5 cigarettes per day.

Wow – air pollution is equivalent to 1.8 cigarettes per day in Peterborough (Sept 18)

Wow – air pollution is equivalent to 0.9 cigarettes per day in Nottingham (Sept 18)

Wow – air pollution is equivalent to 1.4 cigarettes per day in Sheffield (Sept 18)

Wow – air pollution is equivalent to 1.1 cigarettes per day in Leeds (Sept 18)

Wow – air pollution is equivalent to 0.6 cigarettes per day in Manchester (Sept 18)

Wow – air pollution is equivalent to 0.8 cigarettes per day in Newcastle (Sept 18)

Wow – air pollution is equivalent to 2.3 cigarettes per day in Cardiff (Sept 18)

Wow – air pollution is equivalent to 0.7 cigarettes per day in Edinburgh (Sept 18)

Wow – air pollution is equivalent to 0.8 cigarettes per day in Glasgow (Sept 18)

Wow – air pollution is equivalent to 0.8 cigarettes per day in Dundee (Sept 18)

While the above figures are alarming, the good news is that many UK cities are already planing and executing strategies to control air pollution.

Many authorities are beginning to impose zero emissions or low emissions zones in city center areas. London has introduced a new T-Charge or Toxicity Charge in addition to the Congestion Charge on vehicles producing high levels of pollution.

Sheffield, one of the first cities to respond to air pollution in a big way, has a Clean Air Strategy in place which aims to bring in eco-friendly alternatives to buses in the City.

One of the most effective strategies that cities and towns are already putting in place is the promotion of zero-emissions vehicles as an alternative to conventional petrol and diesel transportation.

Whether you are a commercial organisation or a public body, you can contribute towards reducing air pollution substantially by investing in zero emissions electric vehicles as a replacement for inefficient combustion vehicles.

At Carryway we are leading the way in supplying compact electric vehicles in England, Scotland and Wales.

We are official dealers for the global brands Club Car, Esagono and Garia and offer these vehicles for outright purchase as well as lease/contract hire.

Organisations rely on these smart vehicles to get a variety of tasks done efficiently, effectively and quickly, all with no impact on the environment.

Our clients include schools, stadiums, transport companies, tourism facilities, hospitals and resorts. We provide fully managed back up and support  no matter where you are located in the UK.

Contact the Carryway team today to learn how you can help reduce your cities pollution levels by embracing electric transport solutions: