Lead the Charge & Electrify your Fleet 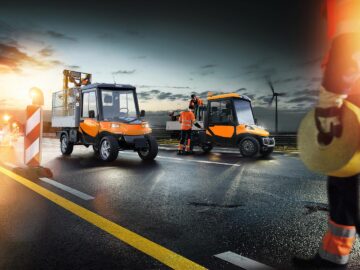 Transport has been named the number one air pollutant in the UK.

In a bid to lower air pollution within our cities, the UK government has confirmed the end of petrol and diesel car sales by 2030 and supports the introduction of Ultra-Low Emission Zones (ULEZs) and Clean Air Zones (CAZs) in our cities.

There are four different types of Clean Air Zones currently in the UK as stated below:

Large cities such as London and Birmingham fall under Class D which effects both cars and trucks.

Over one quarter of London is now classed as an Ultra-Low Emission Zone (ULEZ). This area covers over 3.8 million people who could be charged up to £12.50 a day to enter Central London with a car or and £100 a day for a lorry that does not comply with ULEZ standards.

The emissions standards you must meet to avoid the daily charges are:

Clean Air Zones are becoming more common and stricter across the UK. For example, cities such as Oxford have jumped straight to Zero Emission Zones (ZEZs). This means inner-city travel will only be free to electric or hydrogen-powered vehicles, along with plug-in hybrid cars that can travel for at least ten miles on electric power alone. A charge would be imposed on all other vehicles.

The rest of the UK is following suit with Clean Air Zones due to come into play in late 2021 or 2022 in areas such as:

Lead the charge and ensure your fleet keeps moving without expensive charges by switching to electric, zero-emission vehicles.

Utility Vehicle Service and Repair UK – We’ve Got You Covered

Utility vehicle servicing and repair can be a daunting task. It’s a technical task requiring extensive experience and expertise. Here at Carryway, we have highly trained engineers who can help with any problems you may face with your vehicle. Don’t waste your time and money on DIY repairing and experimenting […]

Electric Vehicles UK from Carryway – Where Can We Help You

If you have visited a golf club in the UK, you will instantly realise how awesome electric golf carts are. These electrical vehicles are not just for golf courses; they are perfect for events of all types. Hire an event buggy to transport the guests around the music festival […]

How Golf Carts Can Help with Emergency Situations at Events

Any large gathering of people is prone to an array of risks such as stampedes, fires, accidents and other mishaps. Whether you are organising a sporting event, music concert, political demonstration, religious ceremony or a public exhibition, it’s important to take ample measures to ensure the safety of the people […]

Planning an event? Whether you are organising a conference, corporate event or a wedding reception, event planning is no mean feat. Like any large event, there are several logistical considerations including accommodation, location, food, entertainment and transportation among other things. If you are looking to offer your guests, clients or […]