Carryway Events are Proud to have Supported the 2019 Solheim Cup 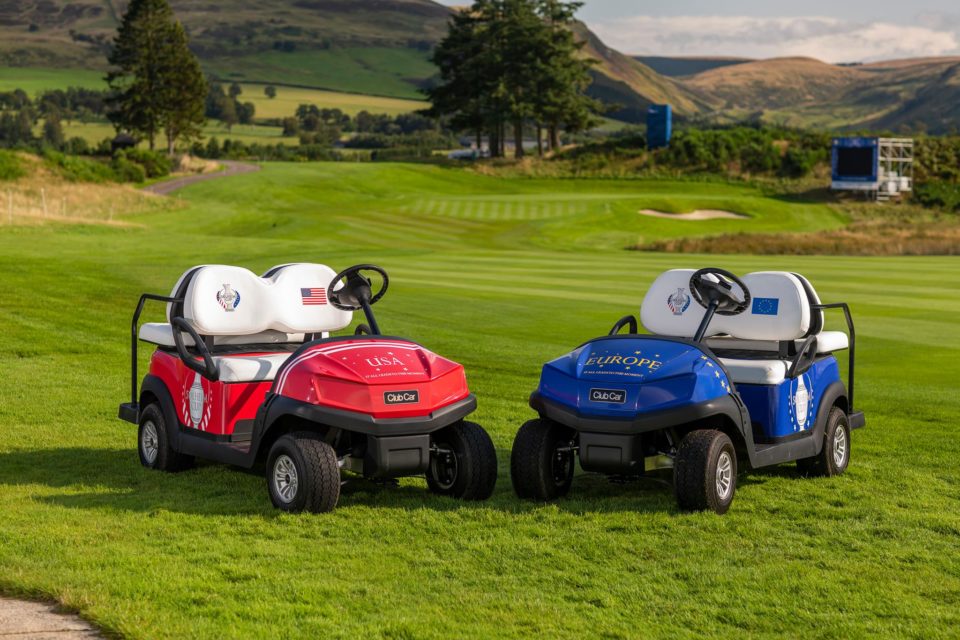 Carryway Events are proud to have been the Official Golf Buggy & Utility Vehicle Supplier to the 2019 Solheim Cup, which turned out to be one of the most exciting tournaments in the competition’s history.

The Solheim Cup was the biggest event on the women’s golfing calendar for 2019, held between the 13th-15th September at the prestigious Gleneagles Hotel in Scotland.  Comprising of some of the world’s best female golfers, the Solheim Cup is contested bi-annually between Team Europe and Team USA. This year’s competition was held on the PGA Centenary Course and certainly lived up to all the hype and expectation surrounding it.

Team Europe claimed a stunning 14 ½ – 13 ½ victory over their rivals from across the pond. After 3 days of golf, it all came down to one moment from Suzann Petersen, sinking her decisive putt on the 18th green and sending the crowd into wild celebrations and hopefully inspiring a generation of women golfers who may one day emulate their golfing heroes.

Named after the Norwegian-American golf club designer Karsten Solheim, the founder of PING. The Solheim Cup dates back to 1990 where the inaugural event was held in Florida was won by Team USA. Ever since then The Solheim Cup has been played every 2 years (apart from the reshuffle between 2002 and 2003) alternating between courses in Europe and the USA.

As Official Golf Buggy & Utility Vehicle Supplier, it was a proud moment for Carryway Events seeing months of hard work, preparation and planning come to fruition. 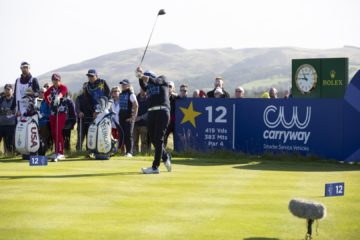 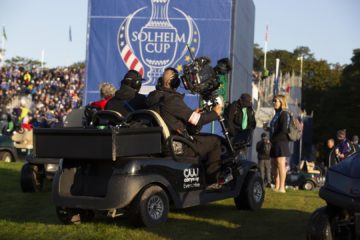 Carryway Events were tasked with coordinating, delivering and supporting on-site the supply of 266 golf buggies and utility vehicles for the competition. The vehicles ensured teams such as security, medical support, media crews, along with course marshals and scorers, all had the transport solutions they needed to navigate the site during the staging and the days of play. 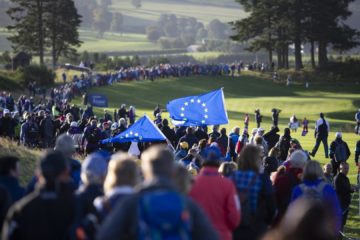 With 90,000 spectators in attendance and acres of grounds to cover, the Carryway Events’ vehicles were a vital resource for guest transportation, waste and refuse management, and food and beverage support.

Carryway launched its Event Hire division earlier this year and has made a significant investment in new vehicles to assist in moving people and product. The division has supplied numerous festivals, concerts and sporting fixtures across the UK to date and the event calendar for 2020 looks like it will surpass the 2019 activity.

Sarah Black – Carryway (MTS Group) Managing Director said: “It was a huge privilege to be the official supplier of golf & utility vehicles to Solheim Cup, the event showcased women’s team sports at its best, to a global audience. It was great to experience first-hand the vital role the Carryway Event vehicles played in ensuring the event kept moving.  The Solheim Cup was exceptional, and the European victory was the icing on the cake.”

Rachel Mitchell – Senior Manager for Golf Events at the tournament organisers, IMG Golf, said: “It has been a delight to deal with Carryway, who were our Official Golf Buggy Supplier for The 2019 Solheim Cup. They combine efficient logistics with a professional approach to every aspect of delivery, and the equipment our event benefited from was both functional and stylish. A big thank you to a wonderful Partner.”

Paul Bush OBE – Director of Events, VisitScotland, said: “The Carryway operation was run very professionally and smoothly and to a very high standard. Their knowledge and attention to detail with the complicated planning and logistics involved were exceptional; they were a pleasure to deal with and I can highly recommend their services.”

Looking After Your Utility Vehicles

Regular maintenance of your utility vehicles is critical when you want to the most of your investment. Whether your utility vehicles are used to transport your patrons, employees or goods, it helps to tend to them regularly. That’s the best way to minimise repairs and extend their life. Here are […]

Several businesses offer transport facilities within their premises to ensure a stellar customer experience. Whether you manage a hotel, golf course or any other hospitality business, you recognise the importance of making all your patrons feel welcome. If you are looking to make your property accessible to wheelchair users and […]

A utility vehicle is a highly efficient and cost-effective transport vehicle for hotels, resorts and holiday parks. Here at Carryway, we take pride in being the leading provider of electric utility vehicles to the UK’s hotel industry. Utility vehicles make for the perfect addition to your property with their myriad […]

Utility Vehicle Service and Repair UK – We’ve Got You Covered

Utility vehicle servicing and repair can be a daunting task. It’s a technical task requiring extensive experience and expertise. Here at Carryway, we have highly trained engineers who can help with any problems you may face with your vehicle. Don’t waste your time and money on DIY repairing and experimenting […]