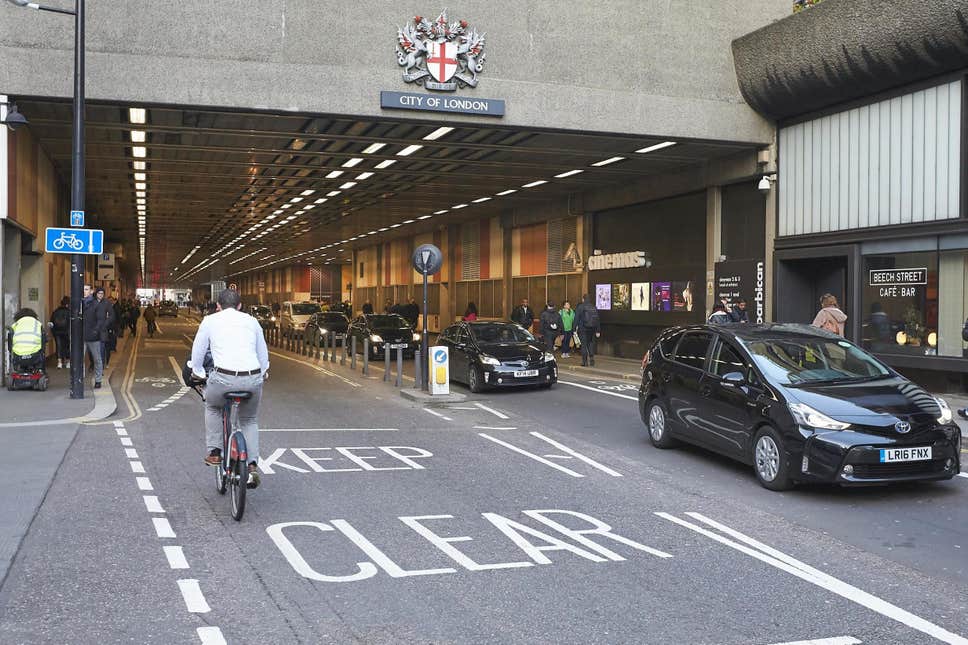 Image via City of London Corporation

The City of London Corporation, the municipal governing body of London, endorsed proposals to declare Beech Street as the first 24/7 zero-emissions street in Britain on 16th December 2019.

Beech Street, which is partly roofed with the major section straddling the Barbican Estate in London, is extremely polluted. The road is to become Britain’s first zero-emission street in the UK in Spring 2020, meaning the thoroughfare will be out of bounds for all diesel and petrol vehicles.

What This Means for You

Per the new policy, only zero-emission vehicles, cyclists, and pedestrians will be allowed access to Beech Street from March 2020. However, garbage collection and emergency vehicles will be exempted and the car parks situated away from Beech Street will remain accessible to all vehicles. The plan will have no impact on bus route 153, running down Beech Street, the bus is fully electric.

The zero-emissions traffic order will be put into effect by the City of London Corporation and will remain for 18 months on an experimental basis. During this period, the plan’s effect on traffic and air quality will be kept track of and reviewed. Any petrol or diesel vehicle that enters Beech Street at any time of the day or night will have to pay a fine of £130.

Electric vehicles will enjoy round-the-clock access through Beech Street with no penalties. The municipal corporation is optimistic that the trial run will result in considerable improvement in air quality, eventually offering health benefits to cyclists and pedestrians who commute through the street.

If the traffic scheme turns out to be a success, it will stay in effect for good. The zero-emissions policy is attempting to drastically reduce NO2 (nitrogen dioxide) to levels set by the World Health Organisation and European Union. At the same time, The City of London Corporation aims to improve the quality of air in the surroundings of Beech Street, especially the entrances to Prior Weston Primary School and Richard Cloudesley School.

The London City Corporation (LCC) is actively encouraging individuals and institutions to purchase or hire electric utility vehicles and plug-in hybrid vehicles. The City Corporation strongly believes that greater uptake of electric utility vehicles will go a long in improving the quality of air throughout London. To promote the zero-emissions policy, LCC will put up signage on the street and all approaches to the road.

LCC will also spread awareness about the scheme by distributing leaflets, holding public awareness campaigns and via campaigns on social media. Smart cameras that will automatically identify license plates of all commuting vehicles will be in place to enforce the trial.

If the zero-emissions policy works for Beech Street, then the ‘Planning and Transportation Committee’ department under the City Corporation will conduct trial runs in other prominent locations of the Square Mile.

At Carryway, we have more than 15 years in the EV industry, and have witnessed a significant rise in the demand for zero emissions EVs.

We offer a range of electric vehicles from Esagono, Garia, and Club Car for sale and hire and have supplied numerous logistics and transportation companies throughout the UK, as well as local authorities.